Direct link to this recipe: https://protectivediet.com/recipe/caesar-salad 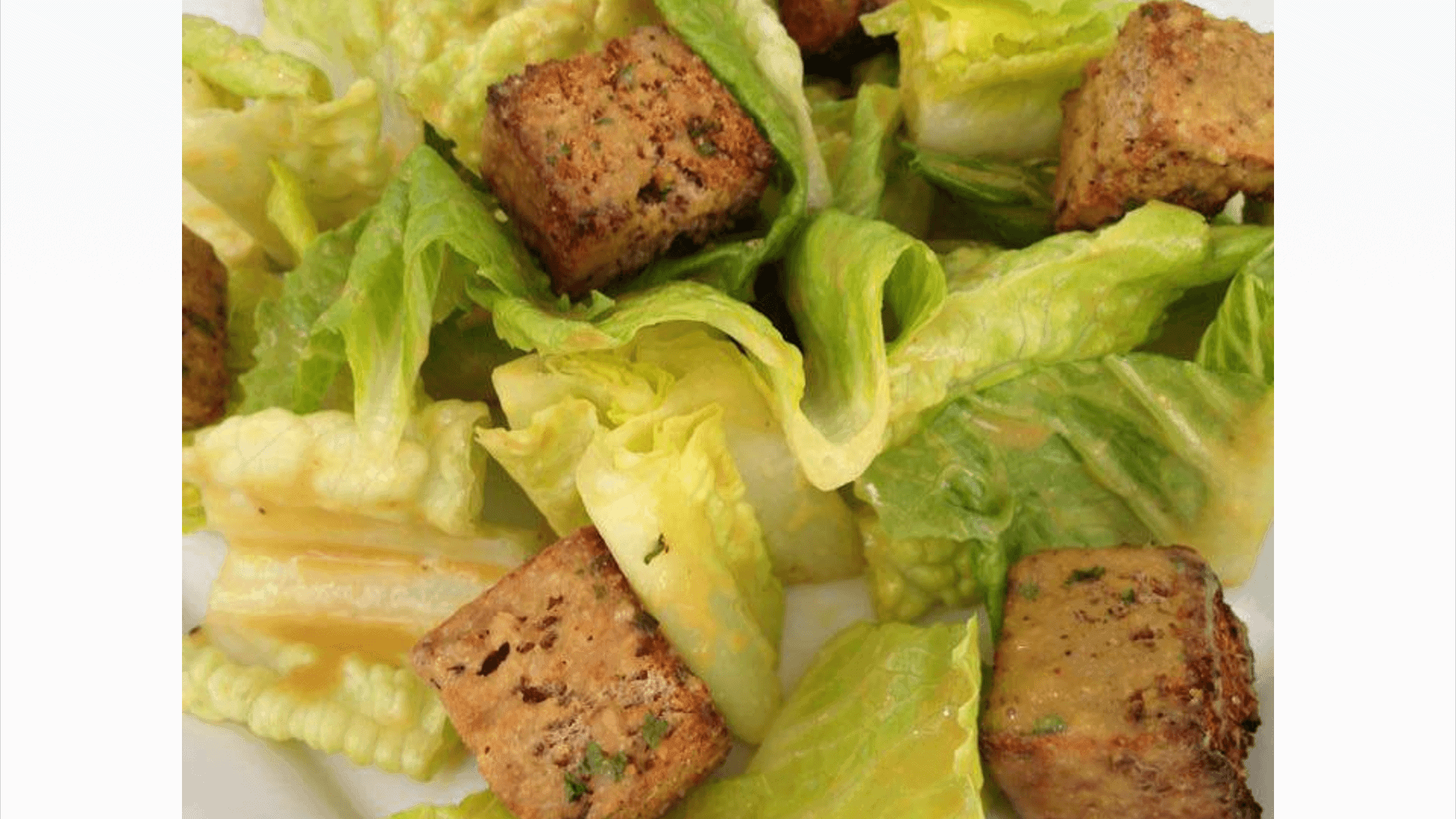 Caesar Salad is known for being the most fattening item on a restaurant menu. This slimmed down version only adds to your health with its nutrient dense low calorie dressing. It’s loaded with creamy rich flavor and none of the fat. Did you know this famous salad was invented and served tableside in Tijuana, Mexico? Growing up in the 70s and watching Julia Child, I just assumed this salad was French. With a little investigating, I found the original version was created by Italian-American restaurateur Caesar Cardini 1924 in Tijuana, Mexico. Cardini owned a restaurant in the tourist destination to “attract Americans frustrated by Prohibition.” The story of the salad’s creation is that over Fourth of July weekend, Cardini threw together a bunch of ingredients he had on hand and served his concoction to his friends. Needless to say, the improvised dish caught on.