I’ve been following the Protective Diet for 90 days! I’ve stuck with the plan 100%, and it’s paying off. I want to say that it’s been effortless, but that isn’t true. I’ve made the effort to plan my meals, to make sure that I always have the ingredients I need at home, and to take the time to prepare my meals. That’s been an effort that I’ve been happy to make. What has been effortless is adapting to this way of eating. I’ve never had food that I love so much, that makes me feel so good after eating it, and that is healing me so quickly! It’s so easy to forget just how awful I felt 90 days ago, but I’m going to try to remember. I was really depressed and all I wanted to do was to isolate. Those feelings are gone. I’m much more social again and don’t experience any depression. I was in a tremendous amount of pain, all of the time. The pain is still there, but it’s not as intense. I can stand for longer periods of time and walking is easier. My legs were in awful shape from lymphedema. The lymphedema is so much better! I used to have to wrap my legs in layers of bandages every night and wear compression garments every day. I’ve maybe had my legs wrapped once since I started, and I’ve only worn the compression garments two or three times. That’s saying a lot since the heat affects lymphedema and I usually suffer a lot during the summer months. I had a rash all over my back, chest, stomach, and arms. The rash is completely gone, for the first time in over 20 years!!! I had serious insomnia, which had been going on for years. I’ve been sleeping better than I have in a long time. I no longer have any problem falling asleep, and I’m rarely woken up by the pain anymore.

I weighed over 40 pounds more than I do now!

I also have the following Before and Afters:

I never dreamed that things could change so much in three short months. I’m so excited to find out what’s going to happen in the next three months!

I just want to say a huge thank you to Julie for sharing the Protective Diet and all of her amazing recipes, and for her constant encouragement. If anyone is suffering with health problems or excess weight or with just not feeling their best, I’d encourage them to try this. It’s life changing! The best thing I’ve done is sign up for PD-Ed. As much as I wanted to, private coaching with Julie wasn’t in my budget, so I read everything on the PD site and asked a lot of questions. I was excited about PD-Ed, but I honestly thought that I would know a lot of what was covered in the first class. I was wrong. I learned so much because Julie shared both her knowledge and her experience. To listen to her share about how to implement this way of eating beyond just making the recipes and following the food guidelines was invaluable. I can go on a diet anytime (I know because I’ve tried most of them!), but to fully understand this as a lifestyle is a whole different thing. Julie motivates me to want to live this way, so it becomes a choice that I am excited to make, not something that I grudgingly do because I feel like I should in order to be healthy. The new recipes have been delicious. I’ve tried them all except for the green bean casserole, which I’m making today. I’m not exaggerating when I say that PD-Ed is giving me my life back. 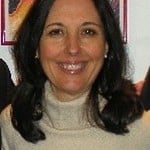 I had a health scare back in August, 2000. I found out at my first mammogram I had breast cancer. I always thought my diet was ok but now I realized I was in for a battle of my life. I went the “traditional” route of a lumpectomy, chemo and radiation. During that time I… Read more or comment “Just what I was looking for”

I still don’t believe it…. 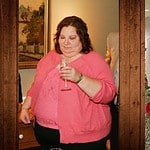 I have been practicing a Protective Diet for over 5 years as of this writing – December 2018. I have never felt such a sense of freedom and empowerment as I do in my life now. Once I committed to this lifestyle, there was no turning back. I simply choose it, every bite, every meal,… Read more or comment “I still don’t believe it….”

The high number was taken back when I found out I had Type 2 diabetes December 17th of 2012… The low number I took recently during detox on PD… My doctor said if my numbers are under a hundred when I wake up in the morning…. then I can stop taking my medication. April 8th… Read more or comment “Diabetic recovery & improved blood sugar”

I was just going to reach out to you as I just received my blood test results……total cholesterol is 170 (down from 245)!!!!!!! Everything that was off last time (Vitamin D & Iron ) is all normal as well. I seriously wanted to have a party, I was so excited! My parents are so proud… Read more or comment “Liz R” 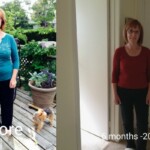 Wow! I never thought I’d make it this far! I’ve tried every diet out there since 1999 when I quit smoking and gained 25 pounds. I would lose a few pounds and then get so hungry I’d eat anything and gain it right back. I had been on statins for high cholesterol until I followed… Read more or comment “Six months PD” 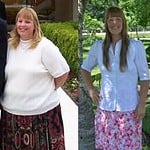 My journey on the Protective Diet has been so eye-opening. I remember finding Protective Diet when I did a search for vegan recipes. I had been on another well-known plant-based diet off and on for over a decade, but my weight was still up and down. It took me a year and a half to… Read more or comment “Results are typical on a Protective Diet” 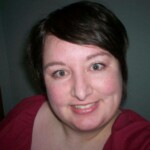 I completed my first 30 days yesterday. Although Julie encourages us to throw away the scale, I’m not yet ready to part with it. I do recognize however that I’ve given it far too much power in the past, letting it determine the type of day/week I’m going to have and my confidence in my… Read more or comment “Jessica D.”