April 4, 2014…it was a new beginning for me. Over the past few DECADES, I’d gotten into some pretty nasty eating habits and I was wearing the consequences all over my body. I was arguably one of the worst fast-food junkies I know. McD for breakfast, most lunches, and many dinners…and fast foods and TV dinners for everything else. And of course I kept an ample supply of chips and crackers and treats of all sorts in the house for … whenever, whatever! During that time I’d put on a great deal of weight. When I got married I weighed a tiny 104 lbs. (I’m not saying I was healthy…but I sure was tiny) at 5’5.5 and I’d, over those decades, ballooned up to 215 lbs. and was wearing Size 22-24 clothes. I’d become more than TWICE the woman I’d started as…and it most surely was NOT a good thing!

I knew something needed to change. I’d known that for years. I’d tried various traditional and non-traditional paths to try to lose weight…calorie counting, carb counting, exercise, Weight Watchers, Jenny Craig, liquid protein diets, Suzanne Summers, a whole host of pills and drops (including ephedrine which was taken off the market during one of my attempts) and pretty much anything else that caught my attention. At times, something would work short term, but all wound up sending me on that lose/gain/lose/gain… roller coaster that so many of us know so well.

Then in January, 2014, following in the footsteps of a friend, I tried the Alexian Brothers weight loss approach. I thought, “hey, it’s a hospital program, it should be good, right???” Ahem…their “program” is an 800 calorie a day shakes and soups of powders mixed with water. All artificially contrived, starvation intake…and no “actual food” need apply.

Then I happened upon FORKS OVER KNIVES on Netflix and it made me think “there MUST be some way to get the guidance the patients in that documentary received….heck, this is CHICAGO for pete’s sake”. So I googled and found Julie Marie and the Protective Diet. As it happened, Julie was doing a presentation just a couple days later at Humana, so I decided to attend. THIS WAS EXACTLY THE KIND OF HELP I WAS LOOKING FOR … AND SO DESPERATELY NEEDED. I had been on high blood pressure meds for about 15 years, and had been diagnosed as “pre-diabetic” and having high cholesterol (though not yet medicated). My energy level was nearly non-existent. I’d lost my son just 2 years prior and I knew in my heart of hearts that NOT taking care of myself was no way to honor his memory, nor to be there for my daughter and for his little girls. I decided right then and there IT WAS TIME TO TAKE CHARGE OF MY HEALTH AND MY LIFE!!!

I ENROLLED RIGHT AWAY on Protective Diet, and I also joined the free Facebook support group (Protective Diet Living). I was blown away by how everyone was so helpful and supportive…even though none of them knew me at all! I started watching Julie’s videos…especially the ones about label reading, stocking your kitchen, etc. And then I immediately started cleaning out my own pantry, cupboards, fridge and freezer. Nearly every single thing I had been eating must go! I was NOT a cook. There used to be a sweet ad on TV with “Johnny” complaining to Grandma that dinner was taking too long. Grandma responded, “don’t worry Johnny, the longer it cooks, the better it tastes”. When my daughter saw that ad, she said, “not in our house…in our house, the longer it cooks, the more Mom burned it!” True story!!!!

Next was grocery shopping. I picked a few recipes that looked interesting on the Protective Diet website and started my shopping list. I also added the “staples” I knew I’d need going forward…things like vegetable broth, soy milk, a variety of spices and herbs, onions, mushrooms, tomato paste, beans, etc.

On April 6, 2014, two days after attending Julie’s seminar, I officially began my PD journey! Just a few days later I had my regular checkup with my doctor at Alexian Brothers and I told him what I was doing. He was not impressed, though he did support eating more fruit and veggies. We took a lot of blood measurements…my cholesterol was still high though I’d been on “their” program for 2.5 months, and I will admit I’d lost about 20 pounds. But, remember, I was only getting 800 calories a DAY! I’d just switched to Julie’s program and I told him one of my goals, besides losing the weight, was that I wanted to get off my blood pressure meds. He said “that’s not possible…once you’re on them, you’re on them for life”. I told him “I don’t believe that for a minute…I believe FOOD will make the changes I need. All the meds do is control symptoms. I plan to SOLVE THE PROBLEM”. He told me it wouldn’t happen.

I went home that night and decided to check the “potential side effects” of my blood pressure meds. I’d never done that before. When I did that, I made the decision (and I’M NOT RECOMMENDING ANYONE ELSE DO THIS…BUT I DID!) to stop taking my medication! I monitored my blood pressure every day, so I figured if something looked way off, I’d go back. It’s now been over a year…I’ve never gone back.

About 90 days after beginning my PD journey it was time for another round of blood tests. By this time I’d lost another 30 lbs. or so, and I was not taking BP meds. My total cholesterol had dropped to 132, and I was no longer “pre-diabetic.” The nurse had taken my blood pressure (it was something like 124/72) and when the doctor came into the office and looked at my chart he commented on how things were looking really good. He commented on my blood pressure so I asked him “are those numbers satisfactory?” He said “absolutely”. I said “Awesome…because I’VE NOT TAKEN ANY BLOOD PRESSURE MEDICINE IN THE PAST 3 MONTHS”. I even showed him the app I’d been using to track my readings. He scrolled back through the days and kept shaking his head…”I’ll take these readings all day long.” I reminded him…”IT’S THE FOOD!”

It’s now been over a year. During that time I’ve moved twice…each time doing all the packing and the moving of everything in my home except the furniture all on my own. The second move entailed moving all those boxes up a flight of stairs. There is no way on earth I would have been able to do that 2 years ago, BEFORE my PD journey. I’m down about 80 lbs. (I’m not done yet…but am very close to goal…just purchased and am wearing my first Size 6s in decades!) I have more energy, more stamina, I sleep better, I feel better, I hurt less, I’m more optimistic about my future…SO MUCH has improved thanks to the changes that PD and Julie have enabled me to make in my life. I will be forever grateful!

There are two thoughts I’ve held very close during this journey. One is a play on what Weight Watchers uses. My version is NOTHING TASTES AS GOOD AS HEALTHY FEELS (they say skinny…I think that’s the wrong message!). And the other is “WHEN THE STUDENT IS READY, THE TEACHER WILL APPEAR.” I was so ready! Thankfully, Julie appeared!

The high number was taken back when I found out I had Type 2 diabetes December 17th of 2012… The low number I took recently during detox on PD… My doctor said if my numbers are under a hundred when I wake up in the morning…. then I can stop taking my medication. April 8th… Read more or comment “Diabetic recovery & improved blood sugar”

Things are definitely happening after 18 days on PD. I love raisin bread and after finding out at our last PD-Ed class that Ezechiel brand is ok, my sister bought me some. I toasted it tonight and was so excited until I bit into it. Oh my gosh! It is so, so, sweet! I told… Read more or comment “Sheree B.” 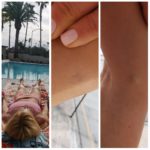 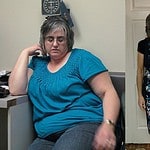 Three Years, 125lb GONE!!
Three years have passed since I started a whole food, plant-based diet. I have lost a total of 125lb. The best part of all this is that my health has improved! I have gone from a size 24 to a size 6. My start weight was apx 265lb and now… Read more or comment “Plant-Based Nutritional Intervention Results are typical on a Protective Diet Maria’s Testimonial” 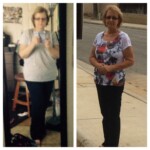 My whole life I’ve fought a weight problem. My highest was 243 in 2003. I’ve been on so many programs and diets. Joined gyms and bought workout videos. I could lose weight but I could not seem to stay with the program to keep it off. About four years ago I finally made it to… Read more or comment “Diane O.” 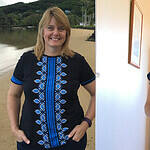 6 months on the protective diet has changed my life completely. My weight dropped from 188.5 lbs to 171 pounds . 17.5 pound loss, plus I have lost more than 10 inches of fat. I went from size 14 to size 10. From large size to small size. The smaller clothes that were in my… Read more or comment “July 20th makes 6 months on protective diet!” 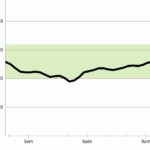 I found the secret!

I have found the secret to health and weight loss! It’s Protective Diet! Today is December 23, 2018, and I’ve maintained my 75-pound loss for almost four years.
On February 10, 2015, I began following Protective Diet. I was new to the Whole Food Plant-Based world. I was coming from a SAD diet. I… Read more or comment “I found the secret!”