Today is my 6 months PD anniversary! I am down 62 pounds!

Today (September 30) is my 6 month anniversary, and I’m so thrilled that I discovered Julie Marie and Protective Diet! I’m currently down 62 pounds. I feel hopeful and excited to see how eating plant based forever can enhance my future!

I’m typically not a very verbal person, until someone really gets to know me. I’ve been overweight my entire life and because of that, I’ve never wanted to stand out or be noticed. My long road to PD and healthy living has been quite the journey! After years of trying everything else, I have finally found my forever solution to food cravings & being the best version of myself!

At 14 years old, I went to a (weight loss) doctor and got a prescription for Fen-Phen, an anti-obesity treatment that utilized two anorectics. I can still remember back to 1976, when my mom had to make me eat because the medicine took away any appetite I had. All I wanted regularly were Diet Dr.Peppers. The medicine seemed to “work” though… I got down to 142 pounds. Eventually, however, after stopping the pills I gained the weight back and then some. Over the next 15 years, I would come to try every diet you can think of. From Weight Watchers to every fad diet out there. I would try different pills, work outs, and although some things would help, I would always gain back whatever weight I had lost and then even more. I never learned how to control my cravings. I would always think to myself, “Why can I not stop eating?! Why am I so different?”

In 1992, when I was 30, I married for the second time and weighed 170 pounds. Year after year, I would continue to gain weight until I reached my heaviest at 340 pounds. At 5’8”, I would wear a tight size 26 in pants. I was almost 50 years old and I felt desperate! I knew that I had to do something! I suffered through years of chronic pain. My feet ached so much that I resorted to only wearing SAS shoes; I could never go barefoot. My whole body was inflamed! I had diverticulitis, IBS, as well as arthritis in my hip, lower back, and hands. I felt defeated and depressed. The only things that kept me going were my faith in God and my family that loves me!

After my family doctor of 15 years realized I wasn’t going to change my diet or do any exercises that he suggested, he had me sign a paper regarding my high cholesterol. Thirty days after being prescribed Lipitor, I felt worse and refused to keep taking it. I was already on 21 other pills a day for IBS, diverticulitis, and honestly, just to help me get out of bed. I remember crying often and feeling incredibly discouraged.

After researching how to “Get Well Naturally”, I found a homeopathic doctor in 2005! He gave me my first glimpse of hope and prayed with me for God to show him how to help me heal. He muscle tested me on some herbal supplements and gave me a written out plan. I started feeling better! This was the first time I actually felt optimistic about being able to conquer my food cravings and addictions in the future. I just didn’t have faith in the medical doctors anymore. This was also the first time anyone ever told me to stop the processed foods. Bill Yeary (from gettingwellnaturally.com) gave me a list of what not to eat, and of course, it was basically a list of everything that I had been eating. I didn’t understand how food could help me get better. I remember asking him for recipes on that first visit and he responded with “No recipes, just eat real food.” I followed his instructions just enough to get by, to feel better, and get off the 21 pills a day. In the years to follow, I would go back to Bill for pain or anything that was going wrong in my life. He was my “homeopathic guru”, and the best option that I had at the time. I finally felt that something there was working, but of course, I didn’t know what.

In 2011, I decided to have a vertical sleeve gastrectomy, which removed about 80% of my stomach. I thought that it was going to be a “cure-all” and that it would somehow reverse the effects of all my years of abusing food, so I could be a normal size and get active! Within 6 months, I had lost about 50 pounds from my pre-surgery weight, and was sitting at about 280 pounds. Over the next 5 years, my weight fluctuated but I still stayed about the same. My new post-surgery stomach wouldn’t allow me to eat a lot at one time, but I could still eat all my sweet foods, sugary drinks, candy, and all the process foods I could handle. I was always in pain though, and the happiness that I did have in my life always seemed to be overshadowed by the guilt I carried because of my weight. I guess you could say that I was a grump, nothing made me happy but food. At the time, I was not at all active. I was struggling with my sleep apnea and felt exhausted every day. Over time, I ate enough to make my stomach expand and ended up right where I started, at over 300 pounds, constantly searching for new ideas and learning about food.

After hitting a low point, I came to the realization that I couldn’t go on feeling this way. My younger sister and I dedicated ourselves to eating healthier (or what we thought was healthy at the time). We cut out most processed foods and sugars but still ate meat and cooked with oils. I was able to get down to 296 pounds but eventually I plateaued.
One night, I was watching a movie on Netflix about food and GMO’s. After the movie, I came across an advertisement about Protective Diet and went straight to the webpage! I was excited to see recipes and watch Julie talk about how to cook, and get your kitchen organized. The first thing I made was the “Ultimate Cheeze Sauce” and I thought, “Oh, I can SO do this!” On March 30th of this year, I dedicated myself to being 100% on the Protective Diet and became well-accustomed to my new way of living.

Then, on August 29, 2017, Hurricane Harvey hit our town extremely hard. We had over 50 inches of rain in a matter of days!

We ended up with 3 feet of water inside our house and all of our vehicles were totaled. We had to be rescued out of our neighborhood by boat because the water was much too deep, even for lifted trucks. We were taken to my sister’s house. Back in March, she decided to join me on this PD journey, so I felt comforted and relieved to be with my best friend/PD partner during this traumatizing time. In the days following the storm, we were without power, and access to food was limited, but we did the best we could.

A few weeks prior to the storm, my husband and I had just completed remodeling our home, including our custom kitchen (my dream kitchen)! It was stocked full with all of my PD food and supplies. We lost almost everything that we’d worked so hard for and accumulated over our lifetime together. It was, by far, the most emotional thing I’ve ever had to endure, but by the grace of God, my family and I were all safe!

September 1st was my 55th birthday! Only a few days after being rescued, my family sang me “Happy Birthday” and my sister gave me a little “cuties” mandarin orange with a candle in it to celebrate my new way of living!

In the days and weeks to follow, I was able to muster up the energy to rip out sheet rock in our home and help muck out the home of my elderly parents. Although the days were long, I was grateful that I had already committed myself to the Protective Diet and was at my optimal health when I needed it the most. I know that I can make it to my goal and I am feeling very hopeful of my healthy future.

I’m so thankful that I found Julie, Jerry and their PD education when I did. They’ve helped me grow and learn about how food & my food choices matter!

Today is my 6 months PD anniversary! I’m happy to say that I am down 62 pounds, and I’ve felt amazing enough to never quit the Protective Diet, even through the worst storm of my life! #hurricaneHarvey I started writing about my 30 days and this is a quick summary of my first 30 days on Protective Diet. On the morning of April 19th I checked my email and came across an email from Julie Marie with Protective Diet. I don’t remember subscribing to emails through her website but it’s possible I… Read more or comment “Theresa S.”

I’ve been following the Protective Diet for 90 days! I’ve stuck with the plan 100%, and it’s paying off. I want to say that it’s been effortless, but that isn’t true. I’ve made the effort to plan my meals, to make sure that I always have the ingredients I need at home, and to take… Read more or comment “Denise” After having 2 babies in 1 year, I was at my heaviest. I discovered when my daughter was 2 weeks old that I have chronic mononucleosis syndrome (chronic mono). By the time she was a year and a half, I had mono twice. It was incredibly difficult trying to take care of 2 little ones… Read more or comment “Cindy A.” Dear J & J, I have been wanting to write one of these testimonials for years!!! Now, I am finally able to!!! For those of you that don’t know me, I am/was a childhood friend of Julie’s and went to junior high and high school with Julie. I have been following Julie all the way… Read more or comment “And it’s only been 30 days!!!” Fasting is not for everyone: My 30 day fasting self challenge Here are some things I felt during my fast.
1. Freedom. I felt great freedom from food as I knew my meal was not going to be until dinner time. I was able to make breakfast for Loewy, Myra and Cheryl without temptation and I enjoyed doing it. Except for Loewy, I was able… Read more or comment “Fasting is not for everyone: My 30 day fasting self challenge”

PD has changed my life forever! There are so many amazing recipes that keep me on track:) I have done so many diets and joined different plans. I couldn’t stick with them long term. I always gave up! I have been on PD for over 6 months now;) All my blood work is perfect! I… Read more or comment “Kristie C.” 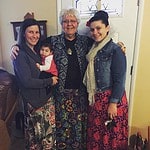 I always knew it was in the food, but could never quite hit the winning combination until September 2015. After visiting a Vegan MD and having him review my food journal he immediately told me to loose the fats, nuts and convenience Vegan foods. Then I met Angela at a buffet at Lake Tahoe and… Read more or comment “Grandma”