I had a health scare back in August, 2000. I found out at my first mammogram I had breast cancer. I always thought my diet was ok but now I realized I was in for a battle of my life. I went the “traditional” route of a lumpectomy, chemo and radiation. During that time I lost my taste for red meat. Eventually I also gave up chicken and fish. I ran across the amazing Kris Carr’s book Crazy Sexy Cancer and decided this was the way I wanted to eat. I also watched Christina Pirello cook delicious looking vegan food on my local PBS Station. I learned about tempeh, tofu, seitan and kale! I found myself cooking my way through the 1000 Vegan Recipes cookbook by Robin Robertson. I was whipping up cashew based “cheeze”, brown rice syrup sweetened desserts and homemade Seitan. So what happened? I was gaining weight. I got discouraged but still wanted to eat vegan/whole food plant based. A few years later I volunteered at Veganmania in the Chef Demo department. It’s there that I met Julie Marie and Jerry. I listened as she talked about food additives, dry browning and watched her make a delicious mushroom gravy to serve over mashed potatoes. I casually mentioned to her the next chef was making desserts using dates. She and Jerry both explained to me they were sugar free, nut free and oil free eaters. This resonated with me. I also met Julie Marie’s sweet mother behind the demo curtain as we prepared the potato/mushroom gravy samples to pass out to the audience. It was an epic day in my vegan life. I went home and googled Protective Diet. Wow! It wasn’t long before I realized this was a simpler and more effective way of doing a whole food plant based diet. Not long after that the Protective Diet Education feature was offered. I subscribed immediately. A decision I have never regretted. I’ve finally found just what I was looking for. Delicious plant based foods and a coach to lead the way. Thank you Julie Marie and Jerry. I’ve learned so much over the past 5 years. I’ve learned how to make cleaning products, self care treatments and food that gives me a spring in my step and a way to live PD STRONG! 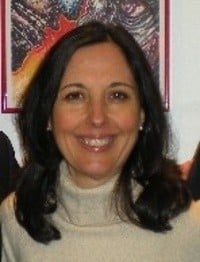