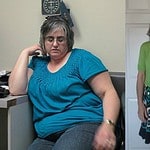 November of 2012 a co-worker told me about Forks Over Knives video. Her doctor had told her that she should watch it and give it a try. I had never thought about becoming vegan. I grew up on a dairy farm. Meat, potatoes and cheese were basic staples growing up. I loved my meat and cheese. After watching the video with my husband. I thought I would give it a try. I lost 20 lb the first month. Letting go of meat and cheese was easier than I thought it would be. After that it was a little more difficult. I was on and off again vegan. Tried to do it most of the time, but not all the time. The reason I decided to give it a try was because diabetes and heart disease runs ramped in my family. I weight 265 lb and was a borderline diabetic. My cholesterol as far as I could remember was always high (over 190). I knew that it was a matter of time and I would follow in my family’s footsteps. Those were one footsteps I did not want to follow. Earlier in 2012 a friend and former coworker passes away from cancer. In the same year, I had another good friend and former coworker who was diagnosed with ALS (Lou Gehrig Disease). She passed away May of 2013. Then my mother who just turned 80 was diagnosed with rectal cancer in 2012. So now I could add cancer to my family tree. Also my husband has several health issues one being diabetes. Each day I see what diabetics go through. In my search for vegan recipes that I could make and enjoy, I came across Julie’s web page (Plant Purity). I tried a couple of things but that was it. I decided to like her Facebook page. One day I saw that a Protective Diet (Plant Purity became Protective Diet) support group had been put together. I was not one to join groups, but I thought I would just see what they were all about. As I watched and listened to the members talk about the foods they liked and all the encouragement that was given, I started to feel comfortable in contributing. I had my gallbladder removed on June 21, 2013, because of issues that were going on. Also, my liver count is currently high. The doctors are not really sure why. So, about a month ago I decided to take the next step and remove oils, nuts and sugar. I thought why not, what do I have to loose, I had already removed oils, meat and dairy from my diet. Later this month I will be redoing my liver test. I’m not sure if anything will change, but I know that I have done all I can. It took me a while to notice that my food started to taste better and better. My taste buds were coming alive. On August 23rd I had my fasting cholesterol tested. I found my old cholesterol number so I was able to compare. The numbers speak for themselves.

I love the fact that I don’t have to count calories or watch everything I eat. If I’m hunger, I eat. It’s amazing to me that you can eat as much as you want, feel satisfied and still lose weight on the Protective Diet. Since becoming vegan (Nov 2012) I have lost 50lb. I still have more to go but I know that the journey will be an enjoyable one. I would recommend Protective Diet to everyone. What do you have to lose!! – Maria 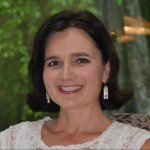 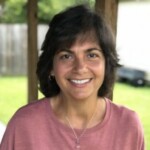 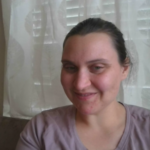 Julie Marie posted an update a week ago